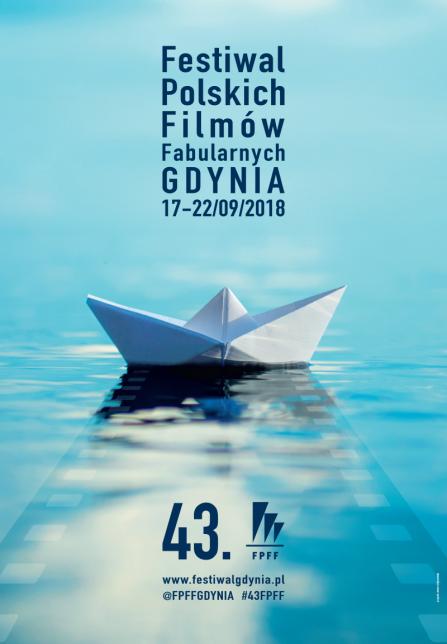 Today, we would like to talk about the Tenth Muse which is film art and about its connection to the Quadrille Palace and Gdynia.

Let us start from the fact that until recently, the building of the hotel served as the seat of Gdynia Film School – Post-Secondary Non-public Film College. The school was founded in January 2010 at the initiative of Wojciech Szczurek – the Mayor of Gdynia, Leszek Kopeć – the Director of the Polish Film Festival in Gdynia, Robert Gliński – a director and screenwriter, and Jerzy Rados – the founder and organizer of the Pomeranian Film Workshops. The school trains future directors of feature films and documentaries. It is important to mention that it is an educational non-commercial project, thus no tuition fees are paid by the students. Due to its development, the school has been moved to a new building located in Plac Grunwaldzki in Gdynia, while Quadrille was established in its previous seat.

Gdynia is also home to the Polish Film Festival – the most important Polish film event which for over forty years has been attracting film enthusiasts, artists and critics. The main festival award is the Golden Lion which was granted to such masterpieces as “Deluge”, “Camouflage”, “Debt”, “Saviour Square” and “In Darkness”. Directors awarded at the festival include icons of the Polish cinema – Jerzy Hoffman, Andrzej Wajda, Krzysztof Zanussi, Krzysztof Kieślowski, Agnieszka Holland, Joanna Kos-Krauze and Krzysztof Krauze, and Małgorzata Szumowska.

Do you know that in 1996 the founders of Gdynia festival followed the example of their American colleagues and decided to award the worst Polish film production? The Golden Raspberry Award is granted in the USA, while the Polish equivalent was called the Golden Peacock. The only film awarded with it was “The Rain Soldier” by Wiesław Saniewski. In 2012, the Golden Peacock was replaced by the Snake Award, however the latter has never been granted at Gdynia festival.

And now it’s time to mention the films shot in Gdynia. One of the first ones was “Yiddle with His Fiddle” – a Polish and American feature film created in 1936, a musical in the Yiddish language. The film tells a story of a poor family of musicians and used to be one of the most popular films in this forgotten language. Another production made in Gdynia was a German version of “Titanic” – it was created by Germans in 1943. Scenes of the sinking ship were filmed in the Port of Gdynia.

Some of the scenes in two Polish cult TV series were also filmed in Gdynia – “07 Come In” (Gdynia-Orłowo pier and Orłowo cliff) and “More Than Life at Stake” (a railway station in the “Café Rose” episode and a seaside boulevard in the “Password” episode). Tricity has been a popular choice not only for Polish film productions – last year, Indian producers used Gdańsk and Sopot, in particular the local stadium, airport, Dom Zdrojowy wellness centre and the Granary Island, as a background for several scenes in a Bollywood film production “Mersal”.

Both the Quadrille Hotel and the White Rabbit restaurant take active participation in film related projects, especially those related to film cuisine 😊 It all started on 1st July 2017 when our Head Chef Marcin Popielarz was invited to Supraśl for the Podlasie Slow Fest event where, together with Michał Arciszewski of the local restaurant “Prowincja” and Justyna Słupska Kartaczowska of Wrocław based restaurant “Jadka”, he created a dinner inspired by “Babette’s Feast” by a Danish director Gabriel Axel. On 4th November 2017, he participated in Gdynia Culinary Film cycle in cooperation with Films for Food. This time, the inspiration was drawn from a controversial film by Marijn Frank named “Need for Meat”. After the film, viewers could choose between vegan and meat based menus.

Starting 17th July 2018, Marcin Popielarz will again participate in the Transatlantyk Festival in Łódź where he will be performing theme based cooking. The festival organizers have invited him to cook a dinner inspired by “In Search of Israeli Cuisine”, directed by Roger Sherman. Marcin named his menu “In Ashkenazi way” dedicating it to the Ashkenazi Jews who used to reside in Central Europe. For detailed information about the festival, please visit the website: http://www.transatlantyk.org/en

In the meantime, we kindly invite you to participate in the upcoming edition of the Polish Film Festival in Gdynia which will be held from 17th to 22nd September 2018. The Musical Theatre and Gdynia Film Centre, the main two festival venues, are located only 10 minutes away from our hotel. Book your stay with us!