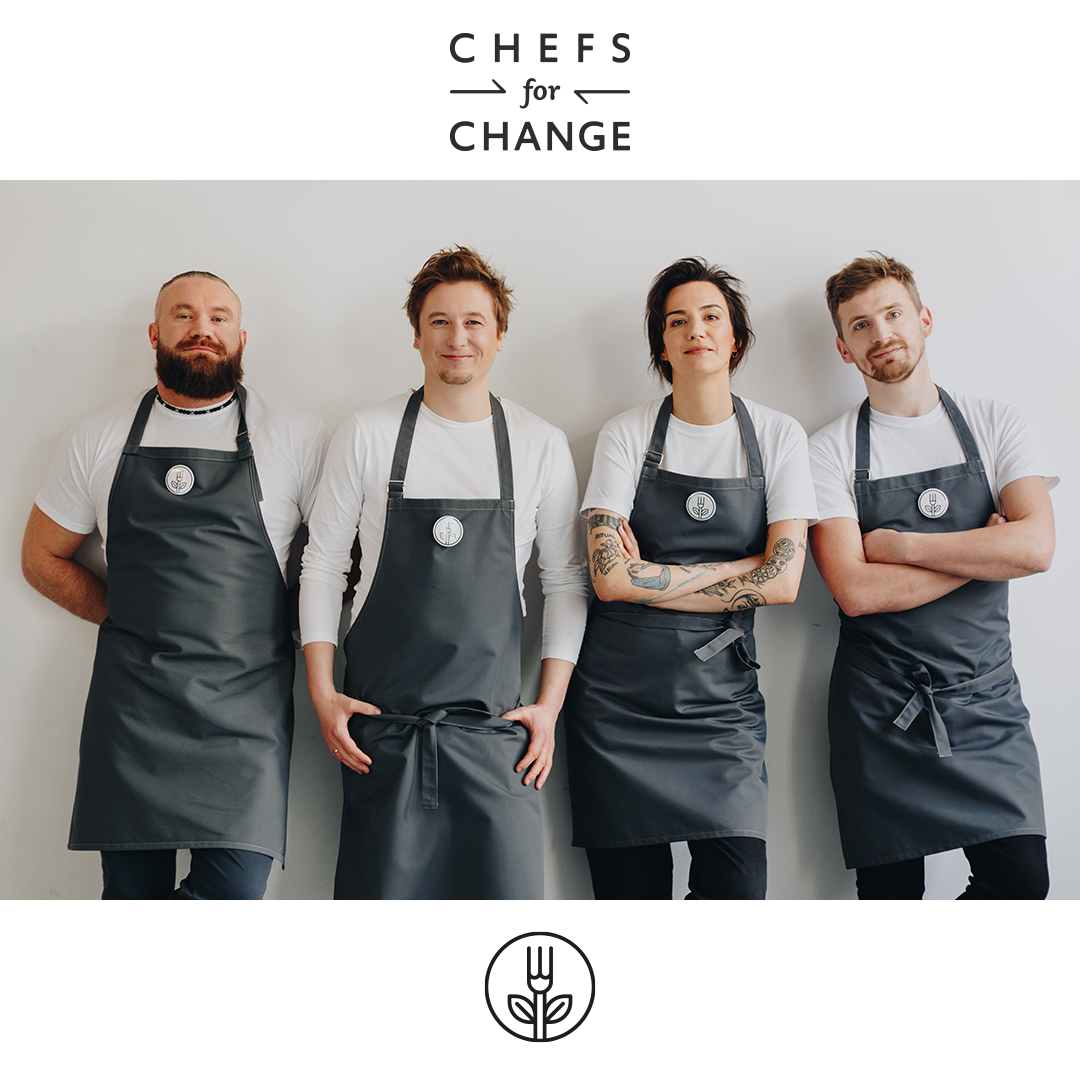 Chefs for Change is a series of charity vegetable dinners organized in different cities in Poland by the ambassadors of RoślinnieJemy campaign: Maria Przybyszewska, Tomasz Olewski, Marcin Popielarz and Grzegorz Łapanowski.

The project aims to promote the idea of vegetable cuisine in restaurants and daily life. The RoślinnieJemy campaign aims to educate consumers on vegetable diet and to support food producers, restaurateurs and chain stores in introducing vegetable products and dishes in line with theme „Future is vegetable!”.

The White Rabbit restaurant has been supporting RoślinnieJemy already since 2018. At that time, the Chef Patron, Marcin Popielarz became the campaign ambassador and decided to actively cooperate in creating the whole campaign. From his perspective, change means promoting a nutrition model which positively affects the appropriate development of culinary awareness. Marcin really enjoys creating dishes with vegetables as the main ingredient and proving that vegetable cuisine can be creative and tasty.

„I like niche projects, and I subscribe my name to all demands related to this initiative. Perhaps, I will never cook only vegan food, but I am very inspired by this trend. Responsibility in nutrition/cooking and careful selection of products refer to one of the ideas of fine dining.” – Marcin Popielarz

This approach translated directly into the restaurant which began to offer, on a regular basis, additional vegetable menu as an alternative to the typically served meat and fish dishes. It can already be seen that vegetable dishes are becoming more and more popular in the White Rabbit restaurant.

Meanwhile, after months of preparations, methodological discussions, developing information and training materials, time has come for a series of vegetable dinners called Chefs for Change. The first one was held in Warsaw; another is planned in Gdynia (10th May), Poznań (14th June) and Warsaw (2nd October). Revenue from the sale of tickets will support the activity of Stowarzyszenie Otwarte Klatki (Open Cage) – one of the 12 most efficient pro-animal organizations in the world.

However, it is not just dinner – Chefs for Change is a much more comprehensive project assuming broad communication, education and promotion of the idea RoślinnieJemy through conferences, workshops, trainings, meetings, publications, and first of all, dialogue. It is neither about forced action nor fashion to follow; it involves relishing the abundance of vegetable cuisine and therefore, becoming part of the change.